OUR STORY – The Beginning 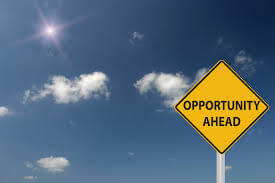 Well, a week has turned into 5 and I am sure you can’t wait to hear what happened next.

Here’s a recap, just in case you don’t remember.

Shane popped the question:   “Andrea, will you… buy a boatyard with me?”

Well…what could I say? I was a little taken aback to say the least as the question was a little unexpected. But unexpected has always turned out to be a good thing in my life, so I sat down and listened to what Shane had to say:

He had been down Plympton way to see his sister on that afternoon and was just about to get into his van when he saw a familiar figure walking down the footpath. It was his mate Rusty. They hadn’t seen each other for a while and it was quite coincidental that he bumped into him because he had actually been trying to locate him for some time.

As it happened, we had recently bought a 40 ft. power boat, which needed restoring and Rusty was a marine electrician so just the man to help Shane with the electrics for our boat. Shane had previously mentioned to me that Rusty worked at a boatyard and that he was going to ask him about storage options while it was being restored.

So after a bit of man chit-chat, Rusty told him that the current owner, Chris, was looking to retire in a few months and that he had given Rusty the opportunity to buy the boatyard.  Now Rusty really wanted to buy it as he loved working there but he only had half of the money and needed a partner to raise the other half. He grinned at Shane and asked…”D’you wanna buy half a boatyard?”

This is when Shane started to get interested. What an unexpected opportunity!   Now I know how Shane does business – quite level-headed and astute. So he told Rusty that he would be interested but that he would discuss it with me (he said he wanted a second opinion – but we know what that really means). He said he would also have to see the books and what the deal actually entailed. If it all looked good, he would set things in motion to get the money together for his share. Rusty was thrilled and dropped the figures off to Shane later that day and so I was presented with a white envelope on the same evening.

We sat down and went through the figures. It was all there and it was looking good.

So there we were, our life potentially moving into a completely new direction. Co-owning a boatyard – Wow! As you can imagine we did not get much sleep that night. We spent hours mulling it over and discussing the possibilities and just thinking about the advantages of being able to restore our own boat in “our” boatyard.

The next day, Shane called Rusty and said “Let’s do it!”

But things do not always go as planned…